How to Not Get Left Behind with the Latest iOS Updates?

If you’re building an iOS app, you probably know how challenging it can get to keep up with latest iOS updates.

Apple makes carefully planned moves. First it introduced the auto-layout, then the large screen and now the two-factor authentication. So when Apple doubles down on technology, you better pay attention. Imagine this, your app survived iOS 7 update and you got away for the year. But then comes in iOS 8, Apple builds on things it introduced in iOS 7. What do you do? You now have two years of updates to catch up on. And if you plan to skip the update again, you sure to land your app in trouble! So it’s best to follow what’s cooking in the Apple camp. 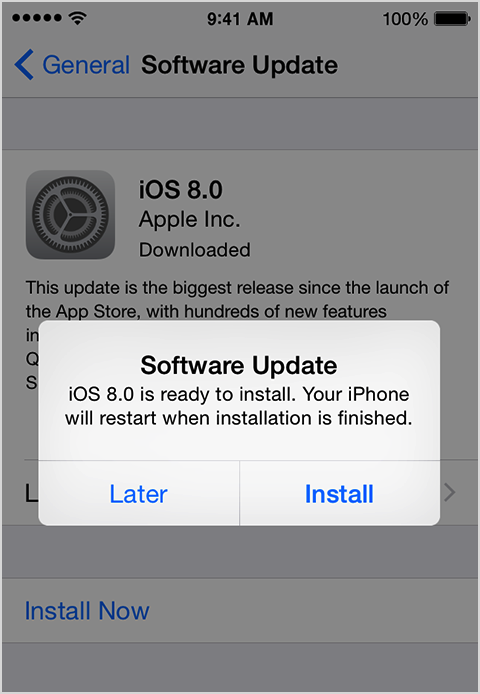 The OS has seen 8 version updates and several stability updates. The table below highlights various OS versions for each new feature that became available across Apple devices. Keeping up with such a massive feature trail can be challenging.

What Can I do to Keep Up?

Quite a lot, actually!

These aren’t typical developer logs. Rather they are put together very well and are only available to registered Apple developers. The logs are meant to explain in detail the different developer-level features introduced with each new iOS version. You can find the delta reference documents for each shipped release iOS 5.0 onwards here. Here you can have access to presentations on how to use the latest SDKs, tools and new features that become available with every new version of iOS. And, you can access the developers forums as well! What do top developers read to keep up with what’s going on inside the Apple camp? The iOS weekly, of course! Compiled and curated by Dave Verwer, this weekly mailer includes links to hand-picked news, code, design, tools and business sections. Delivered to your mailbox every Friday, free of cost. You can subscribe to the weekly here.

Cocoa is My Girlfriend:

Cocoa is My Girlfriend is a blog by Marcus Zarra (Core Data Guru) and Matt Long about programming and a passion for programming on the Mac, and includes Cocoa tips and sample code. Being a regular on this blog will tell you about what’s coming up in the iOS universe.

Finally, Never Give Up on Building

Keep developing  new apps, incorporating new features, testing and fixing. Nothing else can keep you updated than being hands-on. Stuart Hall, Founder of AppBot suggests, “Often your 9-5 job isn’t the best place to experiment, so ask to do hack days, do your own side project or even just rebuild your favourite app for fun.”

Have more ideas? Feel free to share in the comments below!