From the last few years, CES has become a hot battleground for showcasing new tech. This year, a lot of companies debuted their wearables which could be a valuable addition to the changing lifestyle without much inconvenience. From healthcare to accessories, the Wearables Marketplace featured everything from high-tech fashion and smart jewelry to wearables that track your mood, activity and even your pets, as well as the newest augmented reality devices.

Check out the list of top wearables that were featured at CES 2017:

Reliefband Neurowave: Reliefband Technologies, a company based in Horsham, PA, revealed their new Reliefband Neurowave. The Reliefband Neurowave is a smart-band that offers a drug-free treatment for nausea and vomiting associated with motion sickness, morning sickness, post-surgery, and even with virtual reality gaming. The wrist-worn band works via neuromodulation—in layman’s terms, by sending pulses to a nerve on the underside of your wrist. That nerve blocks stomach nausea. It is being pitched as a morning sickness treatment for pregnant women. Additionally, it can also be used as a wearable solution for virtual reality users who experience motion sickness when they wear VR headsets like the Oculus Rift. 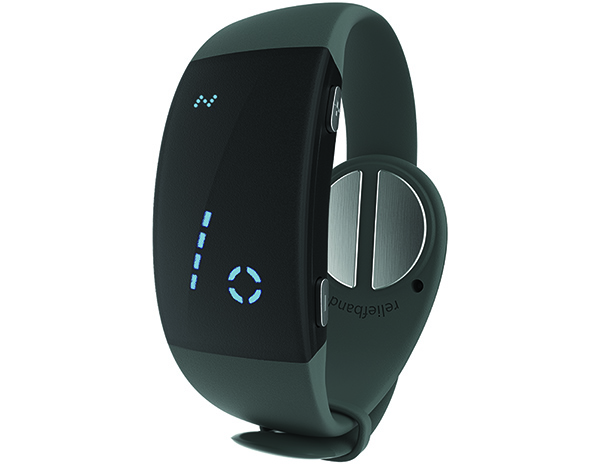 Bloomlife: Bloomlife goes a step ahead of the normal tracking apps by providing sensor equipped wearable for pregnant women. The sensor can be snapped onto the patch and stuck on to the belly. It tracks the contractions by using electrophysiology – a time-tested technology that monitors the body’s own bio-electrical signals. Hence, it does not transmit any unwanted energy that could harm the body in anyway thus ensuring safety. Bloomlife also promises accuracy by sensor monitoring contractions in real time and records the data in an app so you can view trends over time. It is aimed for using at later stages of pregnancy and can be very useful in curbing false alarms by monitoring the body trends and seeing if the contractions are serious enough to head over to the hospital. 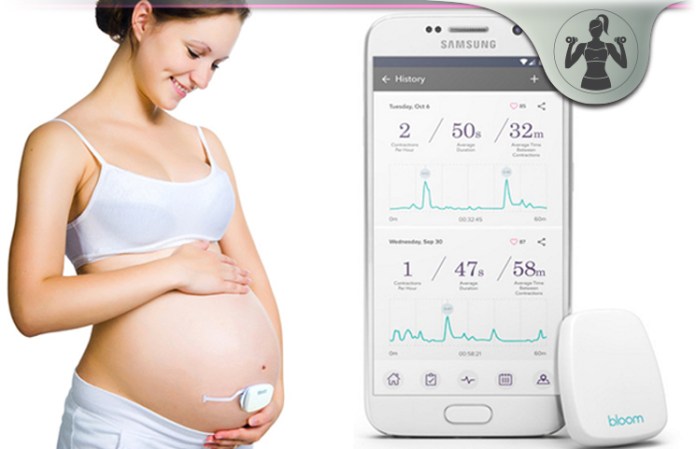 Motiv: It is a new activity tracking alternative to the existing tracking bands. Motiv‘s activity-focused ring is 8mm ring that subtly tracks your real activity (not steps) throughout the day. It comes with an extended battery life which can last up to five days on a single charge. It is water resistant and stylish and can easily be worn throughout the day even while showering, swimming or sleeping.

Misfit Vapor: With so many smartwatches flooding the market, Misfit presented its stylish smartwatch with AMOLED display, stainless steel case and advanced fitness tracking. It comes with Vapor’s proprietary OS, built-in GPS, touch bezel surrounding the screen, 4GB of local music storage, Wi-Fi, Bluetooth and fitness-tracking sensors galore. Additionally, the company expects the Vapor to run about two days on a single charge. It’s waterproof and comes with a range of stylish interchangeable straps and can be a less expensive alternative to the Apple Watch. 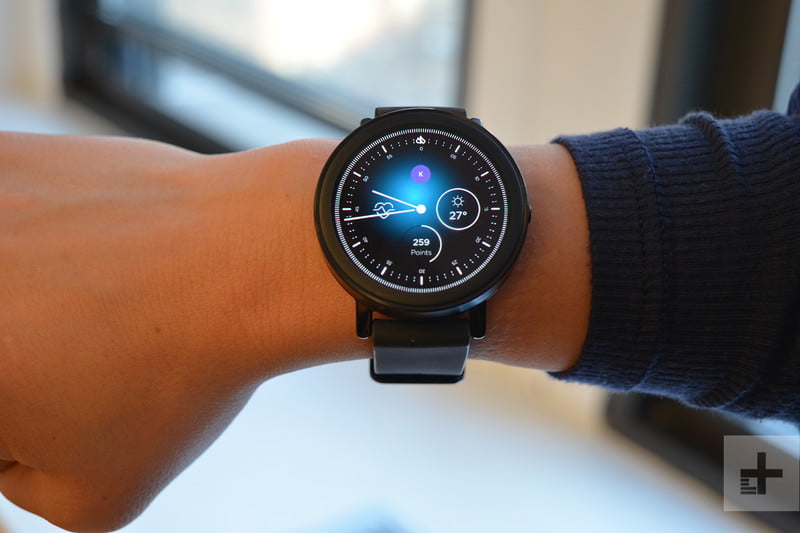 Sensoria Primus by Vivobarefoot: Sensoria partnered with Vivobarefoot, a popular barefoot running brand, to create a pressure-sensing Bluetooth shoe which will help runners correct their form. The shoes are powered by two Sensoria Core devices, which are worn inside the shoe and connected to four pressure sensors built into the sole. This smart shoe leverages microelectronics and is able to monitor – in real-time – speed, pace, cadence, GPS track, foot landing technique, time on the ground, impact score and eventually, asymmetry and toe engagement. All of that information is synced to the Sensoria Run app for iOS and can be used to improve running form. This information can be used in monitoring natural running and can be used to reduce chances of injury.

HTC Vive Tracker: HTC Vive Tracker is 10cm wide accessory that can be attached to any object and will turn it into a VR controller compatible with the Vive’s tracking tech VR headset. The module attaches to the headset allowing you to roam wire-free lasting for two hours on a single charge. With the added freedom, the applications of the tracker are extensive and can really be a major game changer in the VR market. 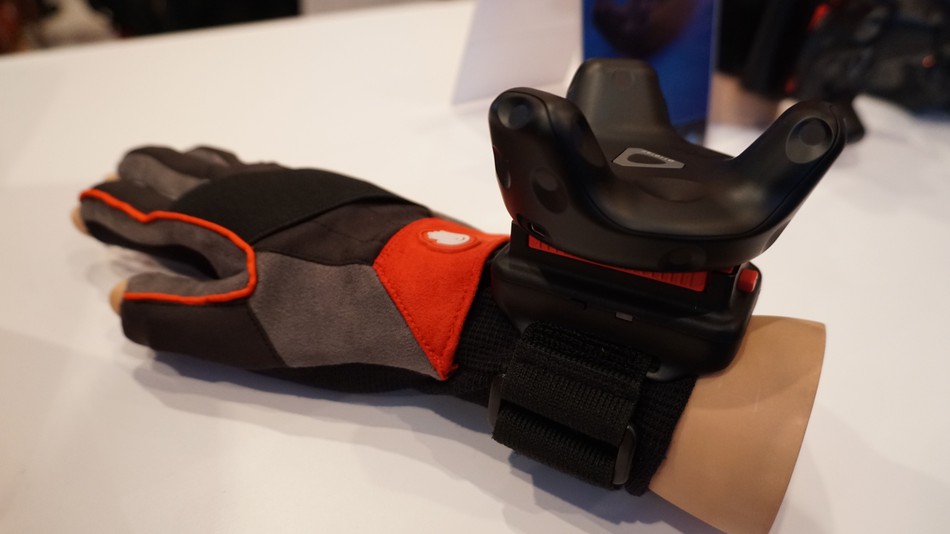 The Windows VR Headsets: HP, Dell, Acer and Lenovo showed off dummy devices of sub-$500 VR headsets for Windows PC users with some of them as low as $300 with depth-sensing cameras and some sort of mixed reality features. They’re set to hit the market in the later half of 2017. 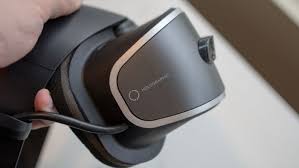 Casio WSD-F20: Casios WSD-F20 comes with GPS, colour maps, snow sports tracking and Android Wear 2.0. It’s built in low-power GPS supports positioning data from three satellites (American GPS, Russian GLONASS* and Japanese “MICHIBIKI” QZSS) and steadily receives positioning data and displays your current position on a full-color map. It also supports map data downloads through partnership with Mapbox, a provider of worldwide map data. Maps can be displayed even when your smartphone is offline, such as in areas where cellular service cannot reach. The map works in tandem with the built-in GPS function to display positioning information. It’s going to improve activity tracking and tap into the new Location Memory feature, letting you lay markers along your route. 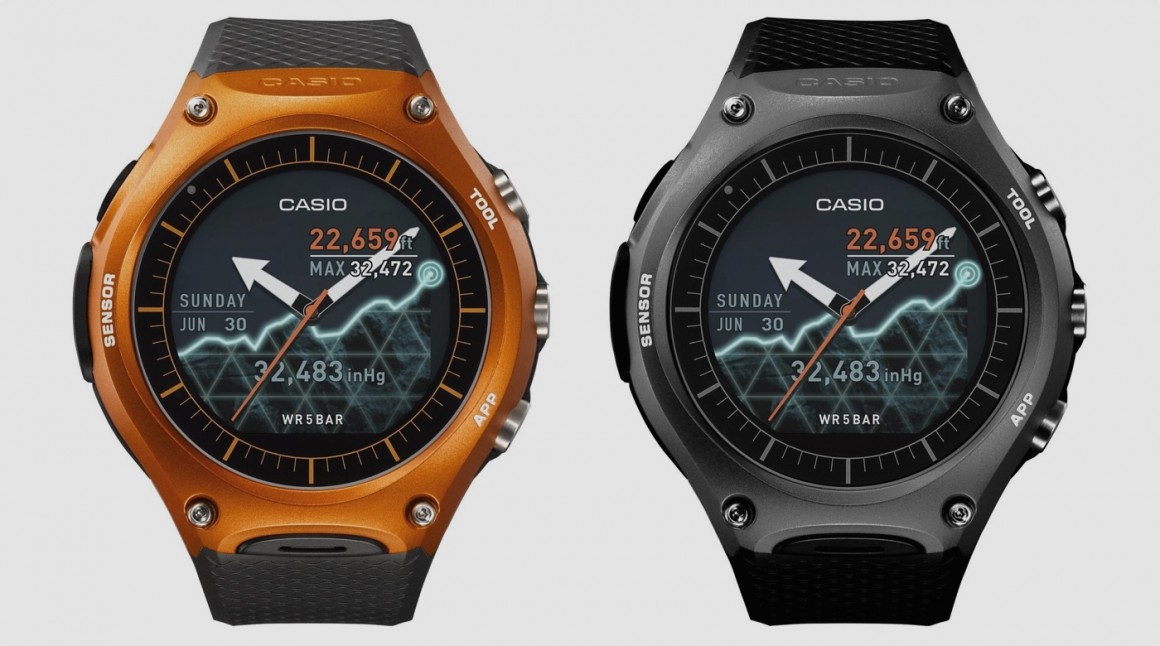 Under Armour Athlete Recovery Sleepwear: Under Armour has partnered with Tom Brady to create the world’s most advanced sleep system that actually rebuilds your body while you rest. The key is the print on the inside of the Athlete Recovery Sleepwear, which leverages the power of Far Infrared. Far Infrared is a type of energy on the infrared spectrum that has several benefits for the human body. TB12 technology was developed to harness it even when you’re resting. The soft bioceramic print on the inside of the garment absorbs the body’s natural heat and reflects Far Infrared back to the skin. This helps your body recover faster, promotes better sleep, reduces inflammation, and regulates cell metabolism. 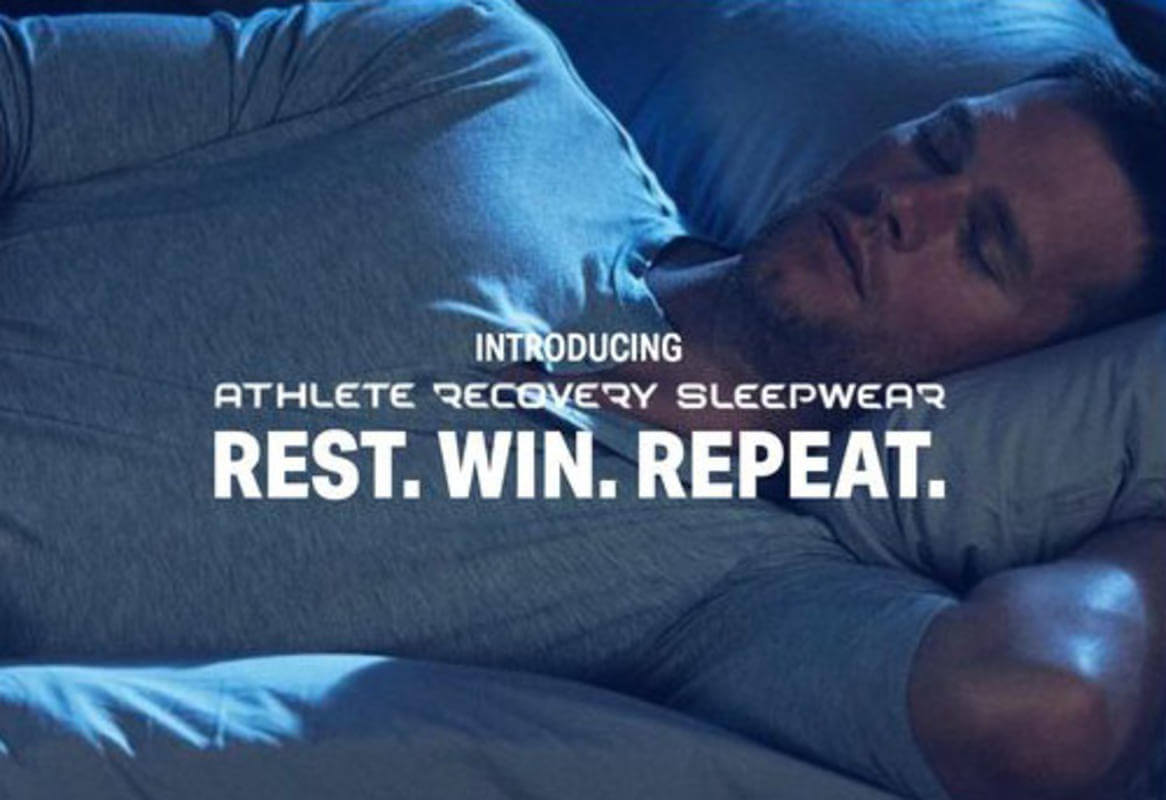